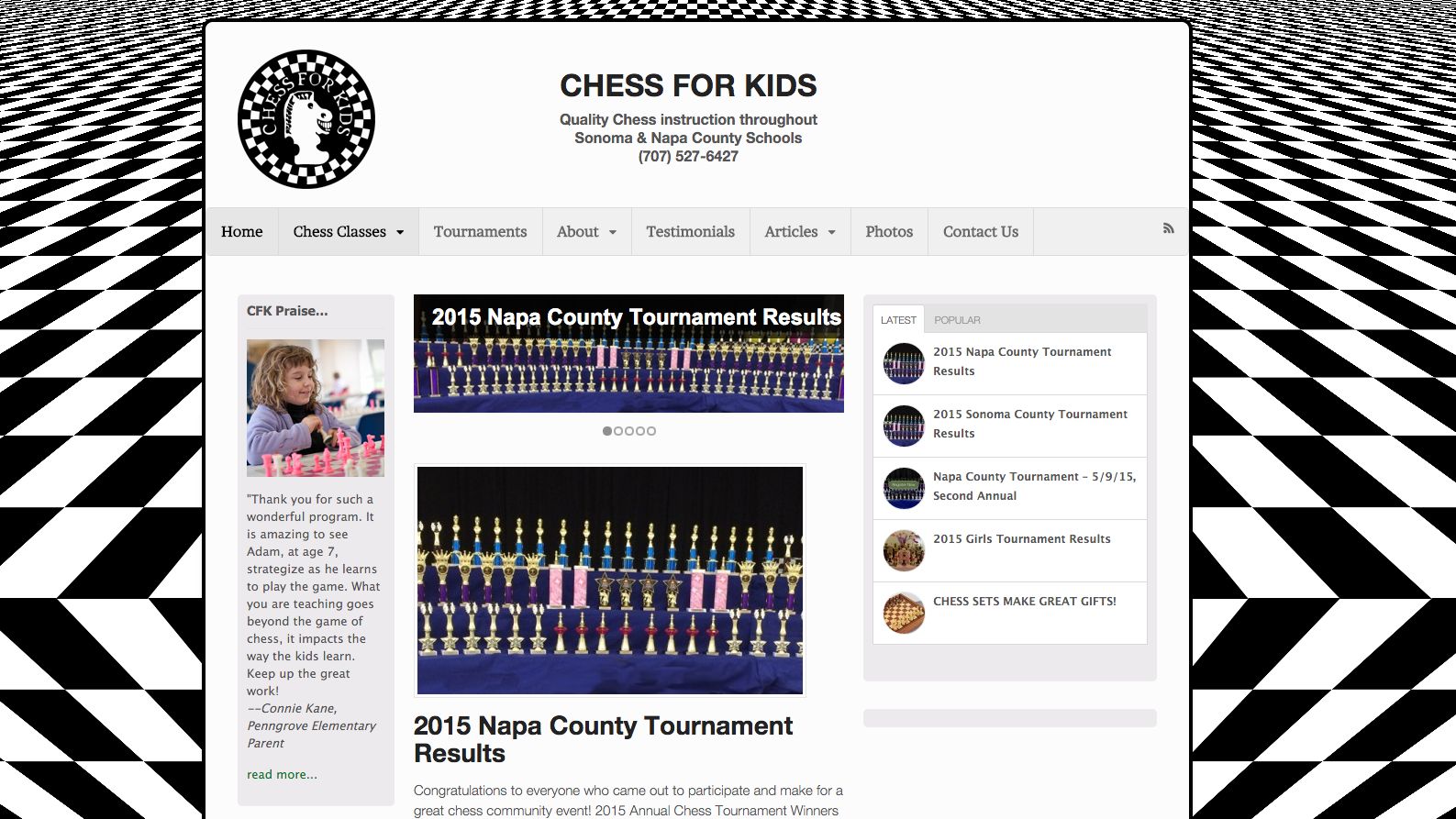 CHESS FOR KIDS, Inc is a United States Chess Federation Affiliate, was featured in the Press Democrat in December 2007, is a 501(3)c non-profit organization dedicated to bringing the benefits of chess to as many young people as possible in Sonoma & Napa Counties.

“CHESS FOR KIDS… began in 2005 when my son and I were seeking venues to play chess with other children. After weeks with no luck, we decided to start our own club though the Cub Scouts in our school library. Although we started out with plastic sets, no funding, nor any support, the club grew rapidly. Insurance requirements through the school prevented children outside of the Cub Scouts to be involved. We searched out another location to serve all the children who wanted to participate. We wanted everyone to have a place to play chess.”

Dream Create Communicate developed the clients site for registration and promotion of their chess classes.  The website includes class registration for school programs throughout Sonoma County with intake forms and a shopping cart that allows for a complex sibling discount program.